As decided by moi. Jacquelyn Mitchard – The Deep End of the Ocean

This book bears the ‘honour’ of being selected as the first ever inductee to the hallowed halls of Oprah’s Book Club.  But that isn’t why I read it, it just happened to be on my neighbours book shelf when I was looking for some holiday reads.

In a  nutshell, scatty mother, middle child gets abducted, not found for 9 years, she loses the plot, eldest son loses the plot, marriage failing, boy turns up, things don’t quite work out happily ever after.

I guess if one were to measure an authors success on the believability of the writing then this book would score pretty highly.  Her ability to really encompass the human experience of a family living through a child abduction is uncanny, but this is what made this book so dark,  depressing and maudlin.  It is seriously a MISERABLE book.  The boy comes home, still MISERABLE.  There is nothing gritty and exciting about this book, just the full gamut of human emotions as they range from terror to hope to acceptance to mild resignation blah blah blah.

I read the whole thing but it was a overdose of misery.  If you want to read to escape the real world avoid this book like plague.  On second thought, just avoid it all together to be on the safe side. 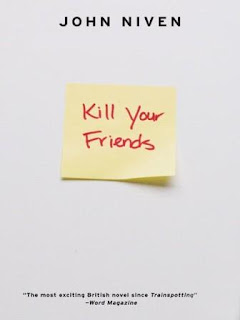 This book was one of my random picks from the library.  I found the page with the critics reviews and one of them lauded it the best book since Trainspotting.  Now I loved Trainspotting and have since read everything written by Irvine Welsh, but this book is in a whole other league, one that is completely f*ing insane.  Main character is a closet psycho in the music industry.  So combine good ‘ol American Psycho (a great read) with the British edge and ghetto-ness of an Irvine Welsh novel and you might get a good picture of the characterization Niven paints in this novel.  But the content is nuts.  Completely cold and deviant drugs, sex, murder and rock ‘n roll on a level of sickening depravity I have never read before.

It was definately a page turner, I finished this smallish book in 2 days of light reading – THANK GOD.  But do you really need to go there?  I say no.