This is an awesome example of a major corporation putting things right;

Cadbury you have redeemed yourself in 5 ways I never thought possible.  You listened to me when  I told you I wasn’t down with you killing Orangutans (OK indirectly…) to make me fat happy and high on choccy.  I couldn’t believe it when you commented on my blog last week and said you wanted to make ammends, set things right and send me a present!  and then you found me on twitter and whispered the same sweet nothings.

And then today, you (OK  Courier Post) came through with the goods. Yeah – Cadbury loves me AND DAMN-IT I LOVE YOU TOO CADS!

All is forgiven, I’m pretty sure that I can forget about that whole Palm Oil fiasco, just don’t be putting any more nasty shit in our chocolate again and things will be just fine.

Your letter was sweet though, don’t be mad that I am sharing  it, but I think everyone needs to know that you are truly sorry and are working to make it up to the chocoholics of New Zealand.

It’s nice to have you back Cads 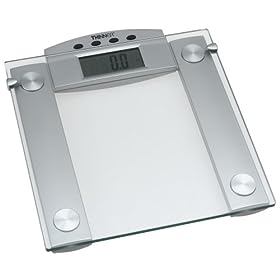 I am on a diet.  Yes indeed, I want to lose 6-8 kgs (13-17.6 pounds).  God that’s a lot when ou write it down and convert it!  So I needed some scales, we have never had any before and these are pretty cool.  They zip electrical curents through your nether regions and tell you your weight (of course) but also your body fat percentage, bone mass and hydration level.  Plus you can set multiple profiles for each user in the house.  I picked these up from The Warehouse for $49.

Jungle in my Pocket Pets

I have purchased 13 of these bad boys this week.  Ethan is “In to Them”.  Whatever, they are kinda cute and it is so nice to see him take an interest in something other than sharks or fishing magazines.  Ethan actually purchased two of them himself with his pocket money (money he pilfered from his Nana’s car).

OMG DAMN THESE TASTE GOOD!   Harraways Oat Singles in the Apricot variety are insanely yummy with only 128 calories per serve!  I had never tried porridge before this week and I can’t belive no-one told me what I was missing out on.  I seriously can’t get enough of these things.  I have been mixing a tablespoon of flaxseed oil with them for extra goodness and they still taste fab.  These oats are going to help me get through the next 28 days I am sure of it!

So, I’m not planning on being able to walk tomorrow which should make for an interesting day at work.  How nice.

I am Goal Defence and if

I CONTACT ONE MORE TIME I WILL BE SENT OFF THIS COURT!

(I put that in red so you could see just how much the ref liked me and my friendly style of defence).

Here I am in action;

Just jokes, even I know that they are playing some kind of rugger, but that looks like fun! (doesn’t that blonde chick look eerily like me though?)

So, I am in a netball team.  I’m not sure how this happened but in a moment of insanity I told one of Ethan’s teachers that, yes, I would LOVE to join her netball team.  I haven’t played netball in approximately 12 years and I was fine with the idea until this afternoon when I frantically began cleaning to distract me from thoughts of my imminent court debut.  I even used furniture polish ON THE FURNITURE.  That’s how nervous I was.  I even drank a bourbon.  But I was still nervous (this wasn’t such a good idea in hindsight).

I also didn’t know anyone in my team.

But I was brave and I went to the rec centre and played my little heart out.  I had to do two toss ups cause there was no way I was letting go of the ball once I had my mitts on it.  I lost both of them but I put this down to the fact that I forgot to cut my nails and I didn’t want to scratch the shit out of my opposition on the first day.  That would have made me a hot favourite with the ref for sure.  I got one mean intercept and once I was able to navigate the millions of lines on the court and figure out which ones were for netball I was ok.

We lost 24-14 but we played the best team in our grade so the girls did not think that was too bad.  Did I mention that the game was 40 MINUTES LONG and we had NO SUBS?   It was a miracle I didn’t throw up after I landed one of many many contact-inducing leaps at the opposing goal attack.

This sport business is hard work.  It’s really going to cut into my sitting on the couch and inter-webbing time.  On the plus side, Ethan should be happy that mama now has a hobby other than taking showers.

Its not that hard to snack healthy when you have delicious options like cashews and dried cranberries and apricots on hand. I like these three things together as you satisfy your sweet and salty cravings at the same time – no jam on toast or brie on crackers for me tonight!

Anyone else’s Ass need to take a trip?

In the last two days I have done as much exercise as I have done in the previous 4 months. That’s right readers, I have been for TWO booty-be-gone walks in two days, and readers your deduction skills are especially sharp today, that also means I have only gone for two walks this entire winter!

But it has begun, the annual August “I’m so fat-athon”.  I do it every year.  I whinge and complain so much that Dave eventually loses patience and tells me to do something about it, like actual running, instead of just running my mouth.

So yesterday I set off on a 4.5km walk that includes 3 major hills.  And I did it again this morning.

Second time around was much easier as I actually made a playlist rather than just randomly listening to the 30gigs of music on the ipod;

So, if you want to send you butt on a holiday post your fav playlist of 15-20 songs below, ’cause I always need ideas for workout music.